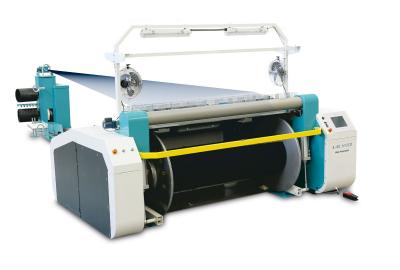 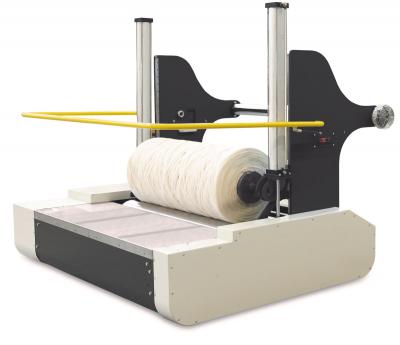 KARL MAYER belongs to the top manufacturers of indigo dyeing equipment worldwide. With its PRODYE-S slasher dyeing unit, this company has already become firmly established as leading provider in the high-fashion denim sector; with its PRODYE-R for the rope dyeing process, the company is on the way to the top of the market also in the genuine/standard segment.

Only in April 2019, a renowned denim manufacturer put a PRODYE-R in operation, thus, marking an important milestone. The machine impresses by its performance in the powerful denim player’s everyday production. The PRODYE-R scores with respect to comparable machines with a high speed during the opening of the yarn ropes after dyeing – the so-called rebeaming – and also with a reduced number of the required dye boxes. This opens up far-reaching efficiency and savings potential. Among other things, significantly fewer chemicals, e.g. around 20 % less hydrogen sulphide, are required. The rebeaming process is 15 % to 20 % faster. In addition, the PRODYE-R requires a significantly shorter dyeing section. Enzo Paoli, the Managing Director of KARL MAYER ROTAL, KARL MAYER’s center of excellence for denim, expects fresh impetus for further business transactions.

The PRODYE-R has only 8 to 9 instead of 12 dye units, but reaches colour depths of up to 5.5 %. Also thanks to the fluted rollers in the sky oxidation the indigo dyestuff is extremely solid physically bonded, and the colour shade is bright. Due to the shorter dye section, it is possible to reduce the total volume of the indigo dye bath by more than 25 % and also to reduce the energy consumption. The result is a marked drop in costs. This is based on targeted technical optimizations regarding the feeding of the dye liquor and the rope guiding through the bath. Besides, the special recirculation of the dye liquor requires less chemicals such as caustic soda; and by means of the special ECO wash box design it is possible to reduce water consumption by roughly 30 %.

The rebeaming process of the PRODYE-R convinces by its speed. The possible time saving compared to conventional similar plants is 15 % to 20 %, which can be used for reducing the required number of LONG CHAIN BEAMERS. An important prerequisite for this fact, however, are technical solutions that ensure a homogeneous buildup of the ropes during their passage through the machine. Ropes consisting of threads that stick together considerably, can only be separated slowly after dyeing. Otherwise, it comes to yarn breakages, which have to be repaired by knotting, resulting in inferior quality and efficiency losses during weaving. Special attention is paid to a uniform rope structure already during the feeding of the material to the machine. The BALL WARPER draws the yarns from the bobbins, brings the threads together to form a rope, and winds up the rope in cross lapping to a ball. During this cycle, the computer-controlled system ensures an operation that is gentle to the material, with a constant, smooth run. Afterwards the ropes are removed from the balls, and guided through the dye section. During this procedure, a perfect tension control by load cells facility that is adapted to the material, ensures that the compact, uniform structure of the ropes is not adversely affected. In the dryer section the conventional belts were replaced by motors to ensure a perfect tension control, keeping the right elasticity of the yarn. At the exit of the dryer, a coiler with circular motion ensures a uniform storage/stacking of the ropes in cans. This step also contains design know-how. Coilers with linear bars replace the commonly used mechanic gear coilers, offering highest flexibility instead of long reaction time. Within a very short period, it is possible to adjust the rope twist to different machine speeds and rope weights. The result: yarn compound structures without threads sticking together, that can be separated at high speeds, and that can be wound onto a warp beam.

Opening of the second construction section
STOLL, a new Business Unit of the KARL MAYER Group, will be moving with its premises from the site at Stollweg in Reutlingen to the Reutlingen-Betzingen industrial estate, where it will continue its activities under the new owner, as planned. Already in 2004, STOLL relocated its production to the location in the Mark West industrial area.
Contact us

At the heart of it all despite the distance
Always up to date – Georg+Otto Friedrich GmbH tests k.management from KM.ON
Contact us

Transaction completed
With the so-called closing, the merger of the two world market leaders, KARL MAYER and STOLL, was officially completed on 1st July 2020. The relevant agreements were signed on 26th February 2020, thus, setting the course for the formation of a trans-technology global player, who changes the world of its customers and of the textile sector
Contact us

KARL MAYER is a machine builder with real passion. This family run company was founded in Obertshausen in 1937 and manufactures both warp knitting machines and warp preparation systems; it is now the world leader in these sectors. The company currently employs roughly 2,000 workers worldwide, of which approx. 1,300 work in Germany and 1,100 in Obertshausen. It operates subsidiaries in Japan, Italy, England, China, Switzerland and the USA, and supplies machines and equipment to customers all over the world. For all of them, KARL MAYER represents the highest level of quality and technology, an image that this company, with its total commitment to first-class workmanship and its constant search for innovative solutions, quite rightly deserves.