NILES Werkzeugmaschinen GmbH (6)
Manufacturer   Germany   Worldwide
KAPP NILES is a global market leader in manufacturing machines and tools for finishing of gears and profiles. Around 800 highly-specialised employees represent the innovative... 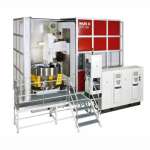 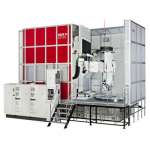 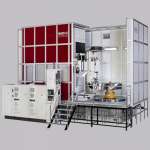 The JUNKER Group is a global leader in the market for high-speed CBN grinding machines. From individual machines to complete production lines, we offer solutions... 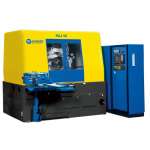 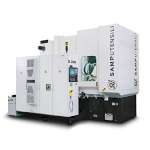 Gear cutting machines and the production of gear wheels

Gears are available in many different gear types: spur and helical gear pairs or bevel gear pairs, worm gears and internal spur gears are only a small selection of basic shapes used in many applications. This large selection of shapes results in an equally wide range of processes, machines, and tools required to manufacture gears. For this purpose, a range of gear cutting machines has been developed to support gear manufacturing.

Basically, gear machines can be classified into different categories according to the production process used. A rough subdivision for the creation of the gearing is on the one hand the rolling process and on the other hand the shaping process.

In the rolling process, the gear wheel or the toothing of the workpiece is created by a movement between the workpiece and the tool. This rolling movement is performed by the gear cutting machine.

The hobbing movement of the tool generates the tooth profile to be generated in the workpiece in the same way as in a hobbing machine. The rotary and translatory hobbing movements are coupled in the machine tool so that most hobbing processes work continuously. This coupling must be carried out with high precision in order to guarantee a good quality of the gears. As a rule, this is achieved with CNC-controlled gear cutting machines by means of an electronic gear module. With manually controlled machine tools, the gear module must also be controlled manually for the coupling, which is a challenging task and requires a lot of practice.

A great advantage of the rolling process is that the tool can be used for all numbers of workpiece teeth to be generated with the same gear wheel module.

During forming, profile tools are used which correspond to the counter image of the desired gear. This means that the gear cutting machine reaches the tooth gap to be produced in the workpiece through the tool used. Different shapes of the required tool have to be used for different numbers of teeth, as these influence the produced gearwheel. In contrast to the rolling process, the tool cannot therefore be used universally.

The procedure of a gear shaping machine

Gear shaping can be compared with the general mode of action of a gear pair. The tool, a so-called cutting wheel, uses teeth with involute form, which can cut into the workpiece with an impact movement. This creates the tooth gap of the gear wheel. The cutting wheel must then be lifted off the gear to be produced and returned to its initial position with a return stroke. This return stroke is not a value-adding movement and is therefore unproductive.

Both the workpiece and the tool have a rotary motion in order to generate the required profile in the workpiece by so-called rolling. The gear wheel produced thus forms the counterpart to the cutting wheel used.

As a rule, conventional gear shaping machines are suitable for spur gears. Conversion to helical gearing is only possible with a great deal of effort and resulting high costs. The situation is different with programmable machines: the CNC control brings a significant improvement, since with the aid of the computer control, even helical workpieces can be produced without prior retooling.

Hobbing machines and their advantages

In contrast to gear hobbing, gear hobbing is a continuous gear hobbing process. The continuous cutting speed is generated by the rotating cutter, which can be flexibly adjusted. This means that hobbing machines do not restrict the profiles and helix angles that can be produced. Both straight toothed and helical gears can be produced by a simple changeover.