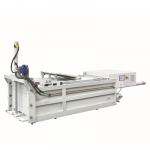 Waste Compactors (HSM 12 Gigant)
Our HSM 12 Gigant is in its element anywhere where voluminous cardboard packaging, plastic film or other materials need to be pressed. The extremely large loading aperture makes the unit simple and co...
More info 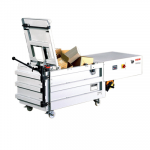 Waste Compactors (HSM 8 TE)
In terms of performance, efficiency and flexibility our mobile HSM 8 TE small baler is hard to beat. This compact baling press is extremely easy to operate: insert the strapping tape, switch it on and...
More info 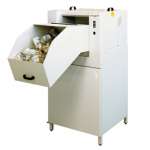 This HSM solution reduces the space requirement for returned containers to approx. 25 to 30 percent of the original volume, thus also reducing the time required for disposal. The special roller sys... 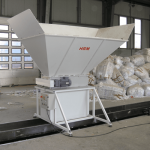 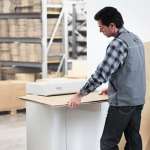 From waste to packaging material. The cardboard perforator is a brilliant solution for all shipping and storage areas. It perforates used cardboard or bolsters it up and makes universally usable pa... 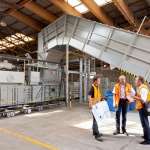 Waste Disposal Systems
We are your partner – for products and project planning! HSM does not just hardware alone, but provides individual system solutions as well. When it comes to demanding systems, you can benefit from ou...
More info 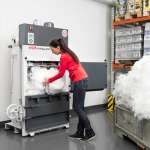 Due to their size, cost efficiency and capacity, HSM’s vertical baling presses of the V-Press series are incredibly well-suited for industry, manufacturers and trading alike. With this compact bali... 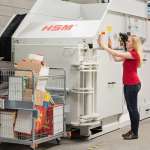 The HSM horizontal baling presses are suitable for industry, manufacturers and waste disposal companies. In addition to paper, cardboard and foil, they are often used for compressing expansive mate... 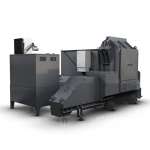 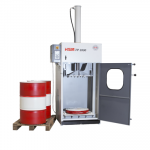 With a pressing power of 270 kN the HSM FP 3000 is excellently suited for pressing light metal and rolled hoop barrels. 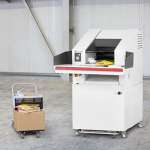 Data misuse causes damage worth millions! You can avoid this danger with professional document shredders which match your requirements perfectly and which shred your data securely and reliably. The... 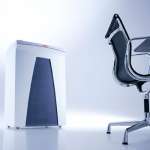 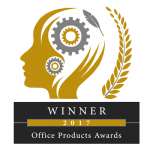 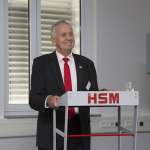 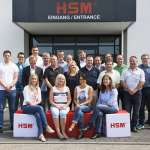 HSM informs specialist retailers about data protection
From 6 to 7 July 2017, data protection training was held once again at the south German office techn...
Contact us 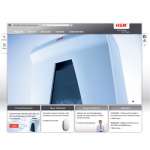 HSM launches website with a completely new and modern design
The new website from the South German manufacturer HSM GmbH + Co. has been online since the middle of July
Contact us 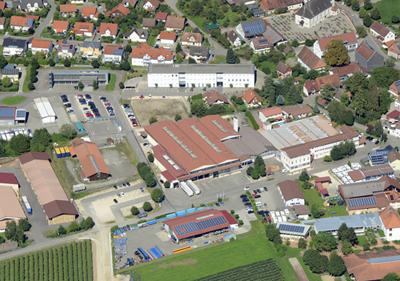 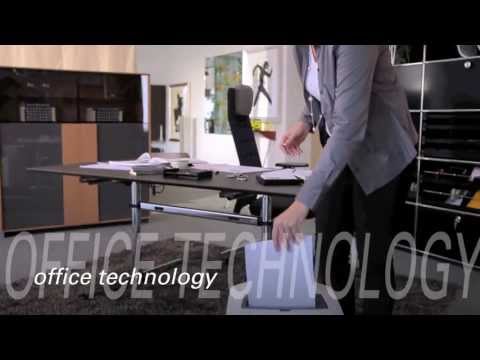 A pioneering spirit means having ideas, making decisions with conviction and being willing to take risks. If a company has been a successful market player for decades, is established around the world and continually grows, one could say the quest to be a pioneer has been fulfilled. Hermann Schwelling is a pioneer.

He founded the company Hermann Schwelling Maschinenbau, or HSM, more than 45 years ago. The founder started his company with the idea of reducing the volume of materials required. This is why he developed baler presses to return paper, cardboard, film, PET and many others into the recycling system in the form of bales of material. These bales can reduce material quantities by up to 95%. The first baler press created in 1972 with a 6-tonne pressing force developed into a comprehensive range of balers with up to 150 tonnes in pressing force and state-of-the art technology. At the same time, HSM was also developing shredders for use on paper and data storage media, such as CDs, credit cards and hard drives thereby covering the entire spectrum of shredders and presses.

Thanks to the true dedication of the firm's staff, HSM has been a market-leader in products and services for environmental technology and office equipment. A workforce of almost 800 employees and more than 100 service and sales support points around the entire world are integrated in the HSM network, which serves thousands of customers across the globe. HSM is an independent, family-run company with its founder, Hermann Schwelling as main shareholder. All company shares are kept within the founding family, which enables the company to quickly make decisions and pursue its long-term goals.