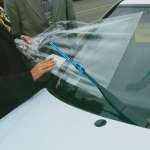 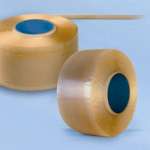 The company sicht-pack HAGNER ranks among the most important European manufacturers of clear films made of polyester. We offer the following types of rigid films... 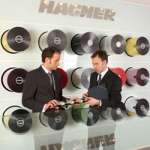 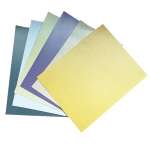 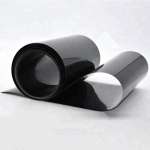 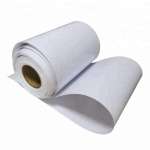 Plastic film is a thin sheet of plastic that is rolled up and later cut to size as required. The starting material is polyolefins, such as polyethylene (high or low density) and polypropylene. There are also materials such as polyvinyl chloride, polystyrene, polyester or polycarbonate. Whether made of polymer or carbon, plastic films can withstand a lot, are extremely resistant and durable.

Cellophane is produced from cellulose. This can be coated with plastic film. This type of material is called "bio-based plastic". Other materials of this type are cellulose acetate, starch blends or polylactide. Of course, films can also be made from these. Polyethylene terephthalate (PET) is processed for high-quality films. Special, improved properties can be achieved by possible combinations.

What are the properties of plastic films?

They are very thin and can be easily wrapped around objects without tearing. In addition, they adapt easily to the shape of the objects. The typical thickness is 0.1 millimeters. If they are used as electrical insulation foil, the thickness can even be only 0.002 millimetres. The tensile strength, however, is between 20 and 300 N/mm². They can be dyed in different colours or be completely transparent. Then we call them "transparent films". Plastic films are electrically insulating. For packaging of electronic components, however, modifiers are added to create conductivity. Glass fibers or a braid are used to increase mechanical strength. In addition, additives or polymers can increase thermal stress (laser printers,
photocopiers, etc.).

How can plastic films be produced?

Production takes place by blow moulding, calendering, casting or extrusion. The method of production is almost as varied as the design possibilities and areas of application.

What are these films used for?

The most common applications are packaging. The plastic films are not only used as packaging films, but also to cover pallets, building materials or textiles. In addition, they are used as "geotextiles" to insulate various underground layers from each other. In landfills, they are used to collect gases.

Cutting foils and foils for digital printing are made of PVC foils coated with adhesive. Supplied as rolls, they are used in the advertising industry for outdoor signage, signage, vehicle wrapping or as surface protection. In medicine, self-adhesive, breathable films are used for moist wound treatment.

Transparent films are used as overhead films or with a light-sensitive layer for films. But also in agriculture films are used for young cultures to protect them from microbes, insects, etc.

What makes plastic films so popular?

Due to their versatility, they can be used in practically all areas of daily life, both privately and professionally. The good properties make them sustainable and long-lasting. They can be used practically over and over again. Of course, this depends on the respective field of application. Plastic films last "forever" if they are not pierced or cut into. Especially in the household these films are often used several times.

What is important to good manufacturers in this sector?

Plastic films are rarely reused in the industrial sector. Here value is placed on quantity, flexibility and versatility. Here the manufacturer can score points! Plastic films are required in large quantities in many areas of a company. If the customer is satisfied with the first delivery of a certain type, he will certainly consider buying from the same producer for the other areas of the company as well.