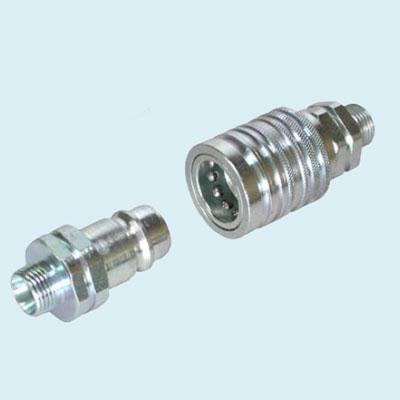 Fast closing plug couplings ISO 7241-1A PUSH/PULL
With shut-off devices at both ends, plug unions are locked by means of the union halves with a ball bearing. The unions are provided with an automatic break-away system which allows both halves of the unions to be disconnected in the case of unexpected rupturing. The adjustment of interlocking bush can be released by pushing back or pulling.
Download
Fast Closing Plug Coupling by Schmitter Hydraulik GmbH
Contact us

More Products in the Area of Hydraulic Clutches 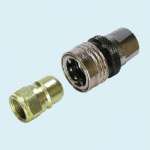 The technical trading group, Schmitter Hydraulik GmbH, located in southern Germany has a long tradition. It was founded in 1947 as an agent for automotive spare parts. Today, it is an important trading partner with over 60 employees in administration and field work.

We offer
Our customers
Through quality and reliability we are a valued partner in a multiplicity of industries and regions. Besides small and middle-sized OEMs, our customers are specialized equipment and workshop companies all over Europe, as well as in the Middle East and Africa.

Our area of activity
Years of experience are frequently not sufficient to be a competent and reliable partner. Through technical progress and an increasing complexity of applications and problems we, as well as our customers, are constantly faced with new challenges. Therefore, continuous learning, innovative thinking and a close co-operation with our customers are a matter of course for us.